We had a lovely day full of sunshine and expected to see few people because of the weather. When we arrived at the Royal Botanical Garden it was a flurry of activity. A rain barrel vendor was in the parking lot setting up an outdoor booth.

Inside several Societies and clubs (Daylily, Bonsai, Orchid, Water Garden & Horticultural Society, Ontario Rock Garden & Hardy Plant Society, Rose Society &
the RBG Auxilary)were setting up in a beautiful Atrium area. Plenty of sunshine beaming in and doors to open at both ends giving us instant air conditioning the moment one was opened. 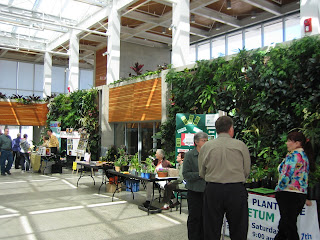 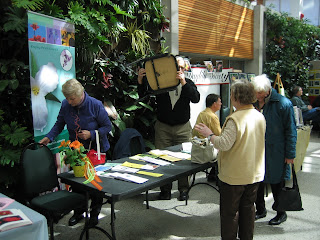 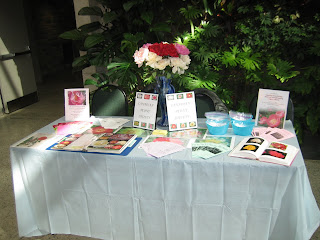 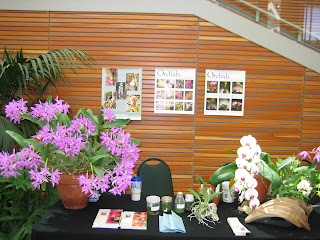 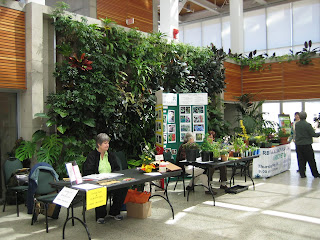 Many visitors stopped at the Canadian Peony Society booth with many questions about peonies. Several seeds were sold and pamphlets and brochures handed out. We had many one time visitors to RBG arriving through a bus tour from Holland. Several of these visitors did not speak English but stopped to admire the photos just the same. 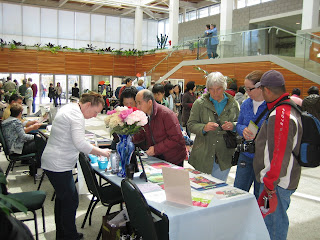 There were also a couple of Brides and their wedding parties that came through the Atrium on there way outside to take photo's which brought a couple of people following who stopped to take a look.

The event went from 11am to 4pm. We had a great day making a few new friends and reacquainting with some old ones. We stopped to say thank you to the Head of Horticulture for inviting the CPS to the event and shook his hand. They hope to have another next year.
Posted by cps at 5:30 PM