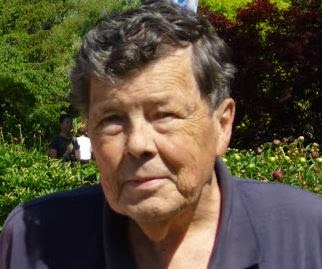 In keeping with Michael's wishes, there will be no funeral service.  Cremation has taken place.  Plans are underway for a celebration of Michael's life in the summer of 2014.

Micheal lived his life without reservation or apology.  Born in Toronto to Denison and Joan (Eve) Denny, Michael attended Upper Canada College and Trinity College School.  He graduated from the Massuchusetts Institute of Technology, where he played varsity ice hockey, in 1963.  His highlight from Boston was meeting and marrying Judi.  Together they moved to California, where Michael completed his PhD in Economics from the University of California, Berkeley in 1969.  They then returned to Toronto, where he taught for over forty years.  Respected by colleagues and students, one described him as: "Humble.  Plain spoken.  A ready laugh.  A skeptical style.  An independent spirit.  A quick mind behind twinkling eyes."

He approached the world from a stance of curiosity and playfulness.  Micheal's wide-ranging interests included blues and gospel, ice hockey and Danish silverware.  Later, he focused on nature (especially trees and peonies) which reflected his wonder in the world.  He would often combine his passion with his profession, for example, in applying social science to the study of peony blooms:  www.peonybloomdate.com

Michael was and is our family compass.  He allowed us to be ourselves, giving us space to grow, while challenging us to 'think different.'  His sons, now fathers themselves, value Michael's ability to sit on his hands and let them find their way in the world.

In lieu of flowers, please consider planting a tree in your yard or neighbourhood (Micheal's favourite was the Red Oak)  Donations to the Toronto Parks and Trees Foundation appreciated at www.torontoparksandtrees.org

Our condolences to Judi and family.  Micheal you will be missed.  Rest in peace.
Posted by cps at 9:06 AM