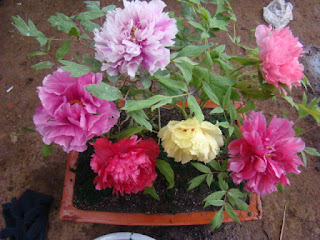 Combination peonies are being cultivated by a Nursery in Gansu Province, Northwest China.  The pictures are a combination of Japanese and Chinese tree peonies.  This nursery has been experimenting with the crosses and found them to be very successful.  They are currently trying to cultivate crosses between Japanese and Rockii tree peonies. 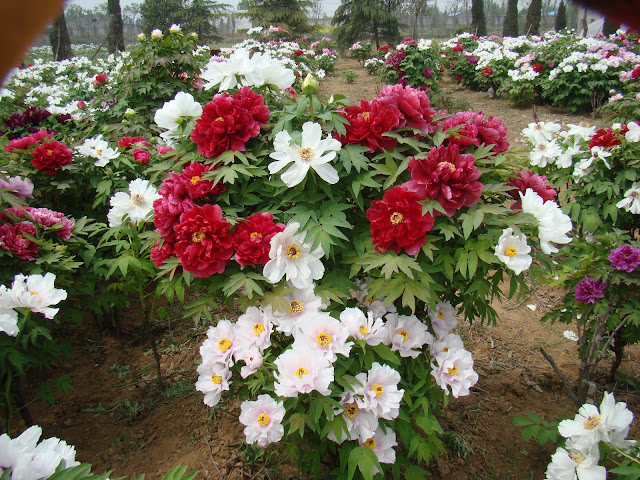 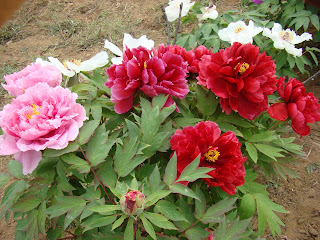 P. rockii tree peonies originated from China's northwest Gansu Province.  This is the native to several wild species of tree peonies.   Botanical explorer Joseph Rock discovered this plant in the early 1920s and they were introduced to European and American gardens 90 years ago.
The only one available for some time,"Rock's Peony".  Original seed (supplied by Joseph Rock) grown stock was propagated and sent to botanical gardens. 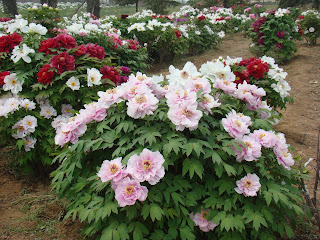 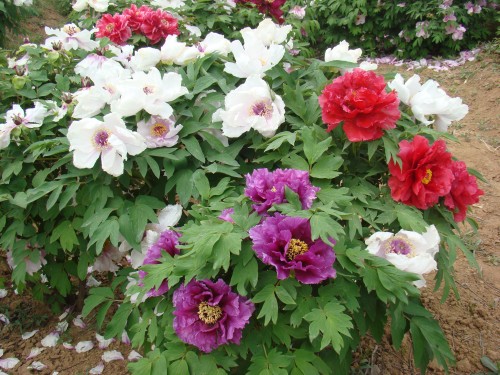 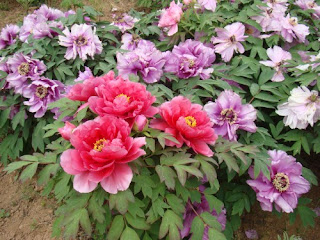 Although these are rather recent introductions to western gardens, the area around the cities of Lanzhou and Linxia in Gansu  have been centers of breeding and cultivation for centuries and hundreds of beautiful cultivars have been selected out by growers. 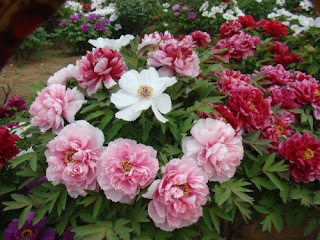 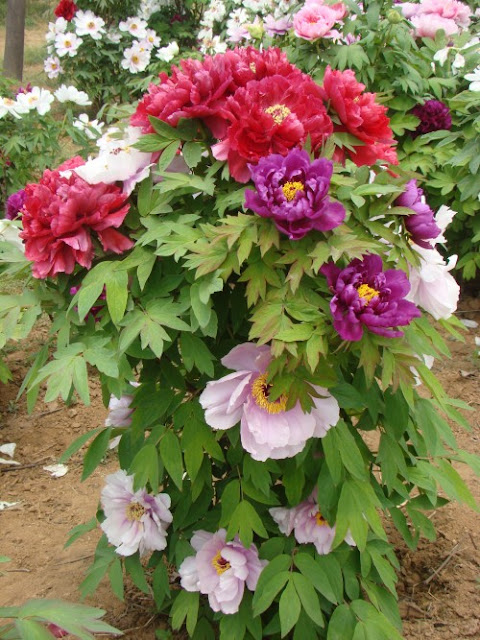 Rock's peony or Rock's tree peony (Paeonia rockii, also Paeonia suffruticosa subsp. rockii) is a woody species peony that was named after Joseph Rock. It is one of several species given the vernacular name tree peony, and is native to the mountains of midwestern China, mainly in Gansu and adjoining provinces. In Chinese, it is known as 牡丹 (mǔ dān) or 牡丹皮 (mǔ dān pí), and its flower is called 牡丹花 (mǔ dān huā). It became the unofficial national flower of China following a nationwide referendum in 1994.

info taken from Wikipedia and sent by Nursery in Gansu Province
Posted by cps at 12:21 PM