It was a cloudy day before heading out, but, a quick check of the weather promised to stave off any rain until early evening. (Let's hope)
We hope to make this an every year event.  So mark it on the calendar and get those blooms in for the competition.  It could be the biggest show of the year with your support.
Traffic was light heading from Brampton to Oshawa and we made it with 10 minutes to spare.  Brian and I went into the arena and were given our instructions for the clerking and recording.  We beat the judges (barely) so we had a few moments to orient ourselves.  The judge was fun, entertaining and informative.  We had a few classes that had to be rejudged in the beginning due to added entries but everything went smoothly and we were ready for the Councillor when the main event happened at 11:00am. 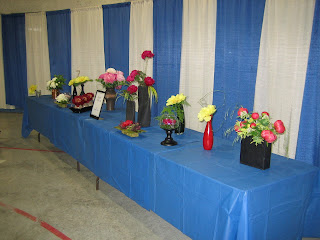 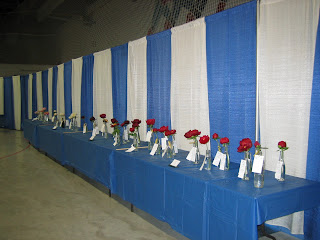 The Grand Champion winner this year was Rena Preston for her 'Miss America' entry. 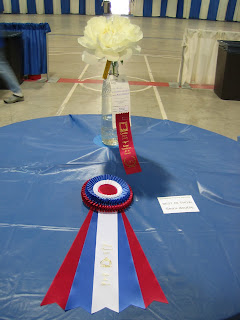 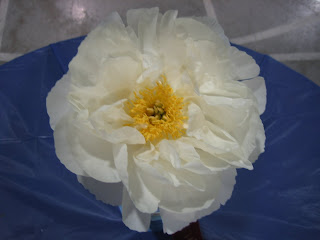 We had a silent auction on the far side of the arena and this was slow to start but as the day progressed each peony offered (5= 2 potted, 3 bare root) had bids.  Brian and I were to go outside and volunteer at the booth on the grounds but the inside booth had no one so we were placed here for the day.  Mid afternoon the skies opened up and we had a heavy downpour and strong winds.  Everyone outside came inside and we were bombarded with people and questions and seed selling.  We had a fantastic time talking with like minded enthusiastic individuals and were glad to help out so many.


Our day ended at 4pm and during a conversation with Judi about the event found out that we had few if any volunteers for Sunday .  Brian offered our services and so we will be back tomorrow.
Posted by cps at 8:19 AM